Lost Password?
Register
WerkNet
Your Family
Your Career
Your Health
Your Money
You and the Law
Occupational Guilds
Solidarity Youth
S-Leer
Home › Articles › Data Scientist: The career of the future 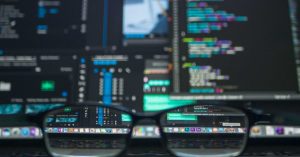 Few tech jobs have received so much attention in recent years as that of data scientists: With more companies collecting data to glean actionable insights and gain a competitive edge, data scientists were named the best job in America for the last four years. Data scientists are analytical data experts with the technical skills to solve complex problems – and the curiosity to explore what problems need to be solved.

They are also a sign of the times, as organisations now think about big data. Unstructured information need to be processed to unearth business insights that no one thought to look for before. They have complex issues that need to be solved on a day-to-day basis. Enter the data scientist.

As big data (and big data storage and processing technologies such as Hadoop) began to grow and evolve, the roles of many data scientists, who began their careers as statisticians or data analysts, also evolved. Data is no longer just an afterthought for IT to handle; it is key information requiring analysis, creative curiosity and a talent for translating high-tech ideas into new ways to turn a profit.

Some organisations might consider it a leap of faith to hire a data scientist to guide business decisions based on data. They need to have the right mindset and be prepared to make some changes.

Dr Yudhvir Seetharam, head of analytics, insights and research at FNB Business, says one of the most significant changes brought about by the Covid-19 pandemic is the shift in the way people will live and work.

With technology and digitisation being central to this shifting dynamic, Dr Seetharam says the role of data scientists in enabling and informing business strategy has never been greater or more important.

Data science has been a big part of the fight against the coronavirus pandemic to date, with the interpretation of big data integral to understanding the dinamics of the disease and its spread, and likewise, businesses leveraging data to better understand what clients need and want.

According to Dr Seetharam, data science was a good career choice long before the ravages of Covid-19, “and it will almost certainly continue to be after the virus has been dealt with or brought under control”.

With the vast amount of data being churned out via our smartphones, desktops, and the plethora of IoT devices throughout the world, governments and private enterprises want to glean insight from their extensive data collection processes. At first glance, the roles of data analysts and data scientists may appear interchangeable – meaning there is a mutual one-to-one correspondence between the two, but this is not the case.

Data scientists and data analysts have the same goals: Interpreting information by finding patterns and trends that inform critical business decisions. However, these professionals bring different skills, education and levels of experience to their roles, impacting their demand and compensation, the job recruiting agency Indeed found.

In their report they name these three key differences between the two positions:

“When it comes down to it, a data scientist can’t be successful without a data analyst, and vice versa,” the report states. “Breaking into data science requires more of an upfront investment (more advanced education, skills, etc.) but comes with a higher payoff when it comes to salary.” As the data science job market appears to be growing at a faster pace than the data analyst job market, there could be even more opportunities for this career in the future.

Data scientists are part mathematician and part computer scientist. Their skillset encompasses both the business and information technology sectors, which is why they are highly sought after.

New educational programmes in big data, data science, and data analysis are helping companies fill these positions. The data science job outlook continues to be on the upward trajectory as the influx of data is not likely to cease anytime soon and enterprises will need someone with the skills to parse through the data tangle and help increase its value.

PayScale data shows that the average salary for a data scientist in South Africa is R432 310.

However, as with any career decision, Dr Seetharam says it is essential for a prospective data scientist to consider more than just a conclusive environment when making the choice to pursue a data-focused career path, whether it be a first career or a change in existing profession.

According to him, one of the most important considerations is that, as companies are being forced to take a far more cost-sensitive approach to the way they operate, they will increasingly be looking to get value, and more, for the money they invest.

He says that many organisations will focus on bringing only the best skills into the business or drawing from their existing talent pool rather than looking outside it. Businesses might also consider outsourcing data analytics in order to lower the cost to the company often associated with having to employ large teams of in-house data experts.

Future growth in demand for data scientists is inextricably linked to economic and industry forward momentum and the ability of businesses to once again reach a position of sustainable growth.

Dr Seetharam foresees that, while it is not possible to say exactly when that will be the case for every business, it is almost certain that the day will come at which point the supply of qualified, well-rounded, business-minded data scientists is unlikely to be able to keep up with global demand.Bottom of Form

Campise, K. How to become a data scientist.

Skill Stacking: The Key To A Career Change in 2021

Graduates, this is how to develop your leadership style