Lost Password?
Register
WerkNet
Your Family
Your Career
Your Health
Your Money
You and the Law
Occupational Guilds
Solidarity Youth
S-Leer
Home › Articles › Left-brain dominant: What it means and the jobs you’ll love

Left-brain dominant: What it means and the jobs you’ll love 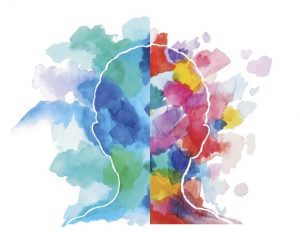 You might have heard of the left or right side of the brain being dominant, and this particular dominance will determine your strengths, weaknesses, thought processes and what career you will excel at.

Health website Psychology Today states that the human brain comprises two hemispheres separated by a bundle of nerves. “The left brain controls movement for the right side of the body, while the right brain directs the left side. Different neural regions are responsible for different functions, such as information processing, short-term and long-term memory storage, sensory-data collection, language, logical reasoning, and more.”

Psychobiologist and Nobel Prize winner Roger W Sperry brought this theory to light with his research in the 1960s. He looked into brain function in terms of the “split-brain experiments”.

But despite contradictory styles, the two halves don’t work independent of each other and research has shown that much more cooperation than previously thought takes place between the respective hemispheres in order to complete actions.

Nevertheless, from this general introduction we will proceed to discuss the left brain and its functions.

“If you’re mostly analytical and methodical in your thinking, you’re said to be left-brained,” according to health website Healthline.com. British health writer Katie Sewell corroborates this view: “It has often been said that those who are left-brain inclined are more logical and objective.”

Sewell says the left hemisphere of the brain is said to be more dominant in terms of speech and language. Hence, the left side of the brain is better at sequencing, thinking in words, linear thinking, mathematics, facts and logic.

Tara Massan, life coach and writer, outlines numerous attributes of left-brained people. First off, they are great goal setters. “They get specific on their goals, meaning they get down to the nitty-gritty of exactly how they plan on attaining their goals. They define specific behaviours or actions that must be acted upon to reach their goals. Finally, they set achievable and realistic goals.”

Also, they have good memory skills and are detail-oriented. “Left-brain individuals tend to think about things in great detail and may overlook the big picture. This may hinder common-sense reasoning and encourage perfectionist tendencies. However, paying close attention to details may actually prove beneficial when it comes to detail-oriented subjects such as math and science.”

Lastly, they are good at reading directions. “They can effectively take action on the task at hand by closely following along with every step laid out in front of them. They tend to focus on each step to propel them forward to the next step and the final goal.”

Which careers will left-brained people gravitate toward?

Healthline.com, 2019, “Left Brain vs. Right Brain: What Does This Mean for Me?”, https://www.psychologytoday.com/us/basics/left-brain-right-brain.

Sara Mahuron, 2019, “What Are Common Jobs for Left-Brained People?”, https://work.chron.com/common-jobs-leftbrained-people-5457.html.

How to survive a wrong choice of career

Graduates, Position Yourselves To Get Hired Amidst The COVID-19 Pandemic

Are you considering a career as a paramedic?

Industries that win and wane during Covid-19