Lost Password?
Register
WerkNet
Your Family
Your Career
Your Health
Your Money
You and the Law
Occupational Guilds
Solidarity Youth
S-Leer
Home › Articles › Skills that you need for the future

Skills that you need for the future 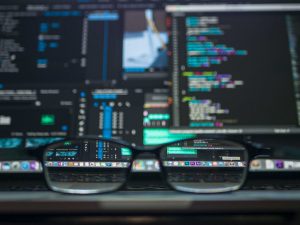 Little did we think that the internet, which initially was a rarity, would become such a big part of our daily lives. The same goes for technology that is still unknown to us: artificial intelligence (AI), augmented reality (AR), virtual reality (VR), cloud computing, robots, machines, programming languages and platforms; this will become part of our daily lives and determine how we are going to live and will have an impact on society.

With the industrial revolution, progress was curtailed and limited by the limitations of man’s and animals’ muscle power and progress and wealth only came when people began to use machines to overcome those limitations. The same is happening now; by 2030 man’s limited mental skills will have been augmented by technology. Technology will be an extension of man, which will make it easier to perform daily tasks or have them performed automatically. It is unavoidable that the community will be influenced by digitalisation and it will be imperative for people to use technology to function optimally and produce optimal outcomes. Digital literacy will become essential.

It is said that 85% of professions or jobs that will exist in 2030 have not yet been invented. Instead of people looking for jobs, jobs will be looking for people across borders and continents and will find the most competent ones to complete tasks in teams. The structures of companies are going to change, they will be smaller, more competitive and profitable because fixed salaries and overheads will come down and the office will probably disappear.

DELL forecasts that new technology will support the formation of new machine-man partnerships, which will change the workplace, and companies will look for man-machine teams that will work more efficiently than individuals. The new workplace will therefore require man and machine to work together in a partnership to improve man’s abilities and resources and it will be a learning-in-the-moment process rather than relying on previously acquired knowledge.

The prospects that the new technology is going to offer the man-machine team is going to be phenomenal: high-speed accurate information and problem-solving, and company structures are also going to change.

It will require an employee to learn hands-on and to constantly acquire new skills, to do complex and unfamiliar tasks by means of AR, to obtain and protect data and to learn by means of the new media AR and VR.

The skills you have today, may not be applicable tomorrow. Continual multidisciplinary learning will be required and a knowledge of search languages used in programming to handle, store and protect complex data, such as Structural Query Language (SQL), will also be required. Programming skills will be another requirement to analyse complex data and to see where strategic changes are necessary and how data protection can be put in place.

The soft skills that a machine cannot imitate, such as self-confidence, critical thought, ethical behaviour, effective communication, interpersonal relationships and bargaining skills will still be important and of great value.

Four career options for people who are easily distracted

Three reasons why your career becomes your entire identity

Dealing with employment gaps in your CV