Lost Password?
Register
WerkNet
Your Family
Your Career
Your Health
Your Money
You and the Law
Occupational Guilds
Solidarity Youth
S-Leer
Home › Articles › The roots of the lack of masters and PhD supervisors 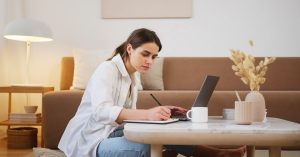 Despite an ever-growing number of masters and doctoral students, South Africa’s pass rate of less than 15% a year for these students is one of the lowest in the world.

There are many and varied reasons for this. Some are unique to South Africa (such as the general poor state of public schools and basic education), but others are increasingly universal (such as the “massification” of higher education). This means that the lofty goals, as outlined in police documents such as the National Development Plan (NDP) and National Plan for Higher Education, of producing many more doctoral graduates remain a chimerical pursuit.

One of the reasons for this is certainly the ratio of postgraduate students to supervisors.

Johann Mouton from the University of Stellenbosch pointed out in an academic article on this topic that the number of students has increased substantially in the 21st Century. The majority of students (82%) are undergraduate, but doctoral students account for the highest annual growth rate among all levels (5,4%).

The universities in South Africa, as in many other countries such as the US and the United Kingdom, accommodate a large and increasing number of foreign students. In South Africa’s case, it has become a higher education hub for students from other African countries. “A key issue in any discussion of doctoral production is the capacity of the higher education system to supervise and produce more doctoral students,” says Mouton.

Many doctoral students are still ill-prepared for postgraduate studies and take longer to complete their studies than students who are more scholastically adept. There are other factors that come into play, too. Chaya Herman of the University of Pretoria enumerates these hindrances as follows: “A lack of self-efficacy and self-esteem, frustration, a lack of persistence and commitment, an inability to work independently and execute a significant research project, and a lack of capabilities, especially a lack of focus in choosing a dissertation topic, and poor time management.”

One of the ramifications of this is that doctoral supervisors, especially in certain popular disciplines and fields, have an increasing number of students to supervise simultaneously. Another key challenge is the availability of the right kind of supervisor. “Since it is a requirement that a doctoral supervisor must have a doctoral degree, the ‘theoretical supervisory capacity’ in the system is determined by the number of academics who have a PhD.”

He further states that only about one-third of all permanent academic staff members have a doctoral degree as their highest academic qualification. “This means that there is limited doctoral supervisory capacity in the system.

Liezel Massyn from the University of the Free State’s Business School wrote in an article on the challenges associated with doctoral completion rates that the expectations and burdens supervisors face have grown. Students now expect supervisors to be advisors, coaches, mentors, guides and quality controllers – putting additional pressure on supervisors in terms of time and energy. Also, it has become increasingly difficult to obtain and retain quality academics, with many opting to pursue careers in the private or public sector (which explains the dearth of staff with doctoral degrees).

“Doctoral supervisors at South African universities face many challenges. They increasingly have to take on larger numbers of students to supervise, and this is especially true of supervisors in the broad fields of Social Sciences and Humanities where the demand is greatest,” Mouton and his co-authors later wrote in another academic paper based on a quantitative study of the topic.

This has eventual ramifications for the quality of supervision. A study done on postgraduate supervision at Unisa showed that more than half of the students (56%) were dissatisfied with the frequency of feedback they got from their supervisors. Although the respondents felt that regular contact and feedback with the supervisor is vital in their success, 52% said their time for informal discussion with their supervisors was not adequate.

All of this goes some way to explain why so many students do not eventually complete their postgraduate degrees. It is a need that should be addressed by policymakers and the management at universities as a matter of the utmost urgency.

Skill Stacking: The Key To A Career Change in 2021

Graduates, this is how to develop your leadership style